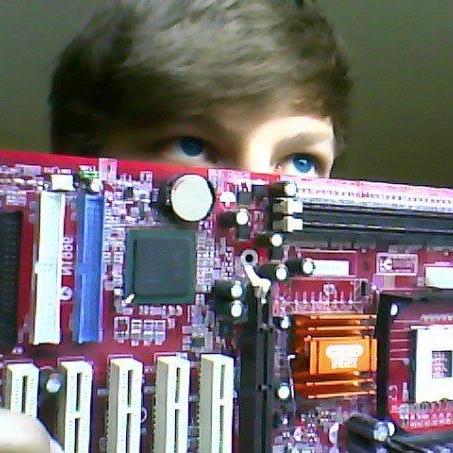 A blog I quickly set up to get writing

Just a bit over half a year ago, I started my PhD in Quantum Computing. Even though I basically didn’t have any previous knowledge about it, I thought Quantum Computing was an interesting challenge to get into. What should I say? Quantum Computing is really cool, indeed! Having a background in Theoretical Informatics, new complexity classes (BQP and friends) are exciting to work with. Also, studying the underlying Quantum Mechanics and understanding this new concept of how physical reality might look like under the hood (there are actually multiple interpretations of that, from Probabilism to the popular Many-World-Theory) has been eye-opening.

However, just a couple of months into my project, I figured out, I wouldn’t find anyone to discuss my research with: My supervisors have a rather superficial understanding of Quantum Computing, and I feel like their idea to start a project in that domain was to a not inconsiderable extent motivated by the prospect of granted research funds, not primarily by their desire to achieve a deeper understanding of quantum stuff.

So there it was me, an excited PhD student driven by scientific ideals, trying to find and discuss a meaningful research question in a new field vs. the harsh reality of being the first PhD student in the project, without a PostDoc or supervisor to reach out to discuss with and to get some basic orientation from.

For quite a while, I didn’t know how to think about this situation. Of course, it is primarily my PhD thesis, so shouldn’t I try and make the best out of it? I should take some responsibility myself, right? I tried that. I read a bunch of books, watched more lectures, only to understand that the pure accumulation of knowledge does not help me finding orientation, quite the opposite. And the more I understood about Quantum Computing, the better I understood that the work that had been done in my research group before had been a rather performative act, aiming to produce PDF files that would be accepted at conferences (which seems to be easy-going if you sprinkle some fancy quantum vocabulary over something and hand it in to a non-quantum conference). I felt less and less comfortable in a setting that apparently expected me to pick some low-hanging – let’s call it fruits – and call it a day. After all, science is all about the pursuit of knowledge, even though the incentives of research funding might not be entirely aligned with that (I learned about The Declaration on Research Assessment (DORA), after starting to write this post).

I reached out for help. I expressed my doubts and difficulties to other PhDs as well as to more experienced researchers. Interestingly, most other PhDs could very well empathize with my situation and asserted me that my expectations in a certain amount of scientific supervision were justified and that I can’t be expected to create meaningful research entirely on my own. Conversely, the higher up or more experienced somebody was, the more often I got to hear that a PhD is generally seen as something you have to endure if you want to be a successful researcher afterwards. That I have to focus on my title if I want to be a researcher. It feels weird to me that experienced scientists tend to use anecdotal evidence of their own or other people’s underwhelming supervision situation to relativize my struggles. The difference between something being seemingly common, and something being acceptable or reasonable should be obvious, I thought.

After all, I decided to quit. I might not have tried everything humanly possible to rescue my PhD, but I feel like I have already wasted much more of my personal energy than I should have. Understanding what’s going on (and daring to put words on it) took me a while and while I tried at first to create an environment that I thrive in by addressing the issues I struggle with, I felt like my supervisors became more and more defensive. Meanwhile, even though I came up with a couple of theoretical research ideas that I would have liked to seen discussed, I was asked to find something that does not require so much understanding of Quantum Computing, something “more hands-on”. Now I’m at a point where I’m burning out. I’m getting frustrated the moment I sit down at my desk, I waste too much time idling, I can barely manage to read books I’m interested in. I hate that.

However, I don’t see my frustration as a reason to not like research, quite the opposite: Six months ago I was full of motivation and curiosity: I decided to take a TA position which I’ve been enjoying, I attended physics lectures, just for fun. I rather feel like it’s the people around me who don’t enjoy being researchers. It isn’t the first time such an environment has been burning me out (in particular when I was highly motivated in the start). For the future, it would probably be the easiest to cut down on my expectations and do what I was told: Focus on my title. But I feel like in that case, I would become one of them, forever chasing after the next title without ever finding fulfillment in the present.

Paradoxically, the only way to maintain my scientific standards seems to be dropping my current PhD and trying again, some other time. It’s terrifying to hear how many PhD colleagues of mine seem to admire me for that decision, because they feel similar towards their studies. It shouldn’t be that way. Thank you all for your support, for your open ears, for your time, no matter of what you advised me to do. Don’t risk your own mental health for a title and be assured you will find my and others’ support, should you ever decide for a change.

Disclaimer: This article has been primarily written to clear up my mind, and to potentially receive constructive, uplifting or critical comments from others. I feel like it helps me cope with a frustrating and difficult situation. I do not intend to attack anyone.

Also, what I outline here is of course anecdotal, even though I seem to not be alone with my feelings. I’m sure there is a lot of researchers and supervisors out there who are excited about their research and enjoy supervising. If you are one of those, are possibly based in Scandinavia and work on Quantum Computing, Game Theory, privacy research or policy, traffic planning or decentralized energy networks (i.e. with cables and hardware and reasonable protocols and stuff, not by adding 5 layers of blockchains on an already dysfunctional energy market), please get in touch! The same holds for those who just want to leave a comment, maybe struggle with their PhD themselves, or just want to say hi :)